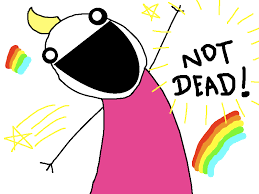 So, between work and life lately there has been little time for gaming and blogging.  Getting ready to go to the field for a while and the fun and excitement that is my wife and family has been amazing, but just not as miniature productive as I may have liked.

But with a tournament upcoming and just cause I needed to get out of the no painting rut I did one of my favorite paint promoting tricks, I hit some armour with some colour.

Not a lot of my lists have had recce, but after the joys of my Canadian Universal Carriers, I figured I should try some in my German lists.

Several of the lists I've played in the last little while have either not had a recce option or have had requirements I couldn't fulfill. I've had two 8Rads sitting around for a while but as we've mostly been playing late war my Heer army has required 4 to field any... So they sat...

Wiki article on the 8 Rad

The 8 Rad for those who aren't tracking are a pretty solid 8 wheeled armoured recce vehicle that could be seen as the basis for many of todays AFV's and specifically the inspiration for some of the IFV's like the LAVIII(yup going Canadian on ya here.)

The LAVIII (yeah I know it's a tangent but LOOK AT THIS THING! IT'S GORGEOUS!)

So I decided to go with a three colour cam instead of the usual two that I've been doing with my PanzerGrenadiers.  I figured recce guys would lie, steal and cheat to cam up (the Canadian ones do)
so it would be in keeping with the theme. 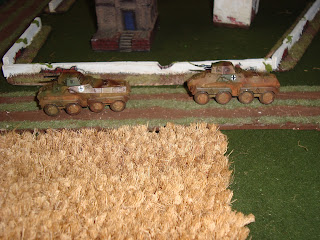 I still have to hit then up with a matt spray to get rid of the decal shine... But I wanted to take a flash picture or two so the weathering (initial) could be seen. 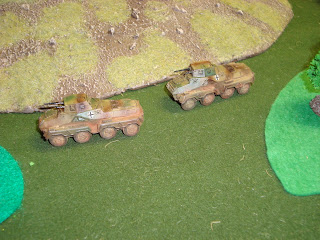 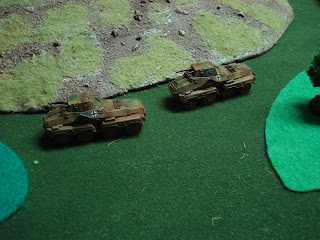 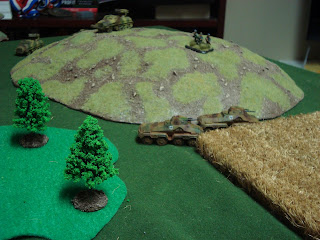 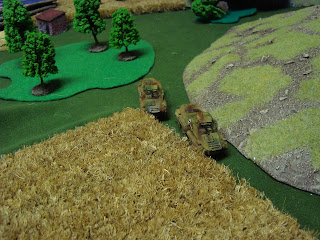 Loved playing these guys the other night, they skulked like this around fields and behind hills and used eyes and ears to help me devastate the Soviet dug in position. 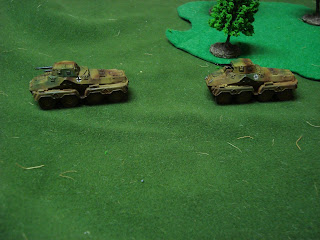 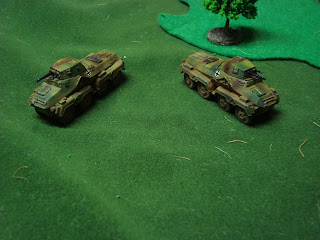 I'm going to add more chipping and possibly antennae, but I have no idea where these mounted whips... I'm also debating adding foliage to them. If you have any suggestions, hit me up with a comment.