My friend Kyle was in town as his "wife type" was at a baby shower... He and I both took this as an invite from our wives to play a game, and for them, heck, we'd do anything.

We rolled up a fighting withdrawal, which saw his paratroopers digging in and attempting to hold against my halftracks.

His list had a little bit of everything, piats and mortars in the HQ, three pl of paratroopers, 4 x 6pdrs, mortars, and pack 75's.

I was running the list I ran in the last tournament with the HQ sporting an AT rifle, 2 pl of GpPzGren, 2 x 8rads, 3 x Pzwerfers with extra crew, 2 x armoured quad AA halftracks and 2 x panthers.

The table in all it's glory. 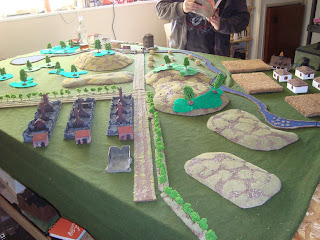 A real objective, one can be seen in the distance as well... 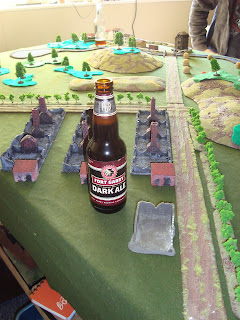 Paratroopers side of the board. We treated the stream as difficult with the bridge and ford being clear, but slow for the ford. The third objective was the bridge if you can't see it, Kyle had done up some really cool airdropped containers as objectives. 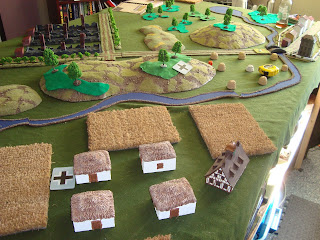 The farming village was laden with artillery, with both the pack 75's and the 6 tube mortar pl being in the wheat, with a screen of paratroopers in front of them. 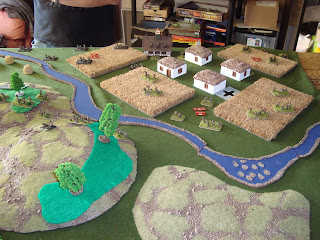 The far objective had the 6pdrs and a screen of Paras in front of it on the hill. 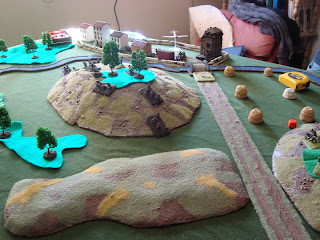 The central objective on my side of the river had a Para pl with the OC. 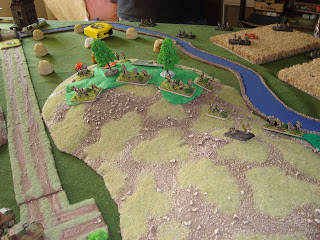 I set up my halftracks along the road, hoping to use the increased speed to throw him off guard with a potential first turn assault on the central objective. 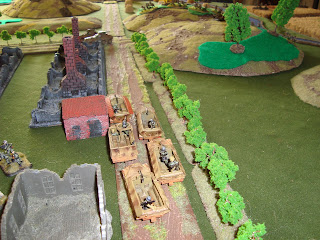 The bulk of my force set up ready to take to 'turtle hill' as it's become known around here.
I hoped to use the bulk of my force to get his paras on the other side of the board moving so I could catch them out in the open and gun them down with my mobile MGs. 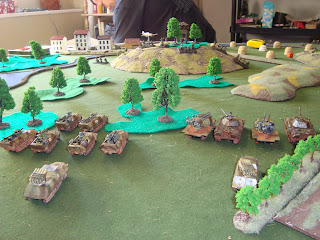 My first turn saw a general advance, the 8 rads had used their recce move to bring them up to the crossroads and use eyes and ears to remove gone to ground.  I then hit them with everything I could and took out about one whole stand... Yeah. Dug in like ticks. The assault went in but only managed to kill a few, and with four stands left with the OC they held in there contesting the objective and ready for their turn. 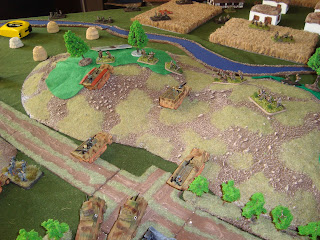 The rest of my force setting up for an assault on the second hill, while it had no objective on it this hill held the gateway to the bridge. 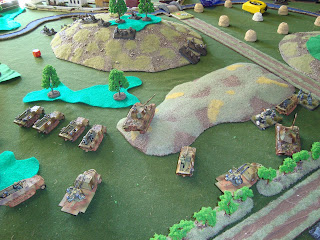 His rebuttal saw smoke being laid down on my new found position, and a piat shot rocked a halftrack killing off half of the crew.  He sent in an assault with the remnants of his pl but the combined fire of the halftracks and the 8 rads bounced the paras, killing all but the OC. 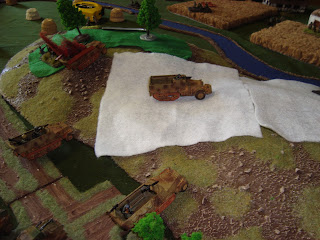 Another angle of the position after the assault bounced, you can see another halftrack burning, caught by one of the 6pdrs. 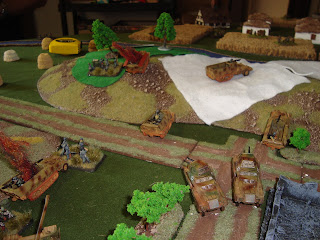 THE PLANES! He sent in planes every turn, in every game I ever play with him, he's hot when he rolls for planes and I love seeing them hit the table. He came after my panzerwerfers but a self defense AA mg took out a plane miraculously to shouts of one shot one kill, and the second plane was killed off by the quad 2cm tracks. 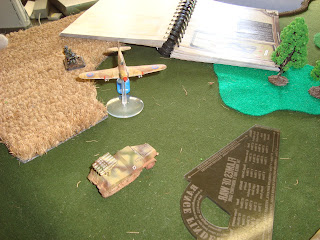 The drama shot if the planes death. 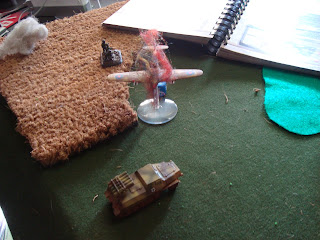 I had consolidated the position and sent my pl into the woods to prepare for the counter attack I knew was coming. 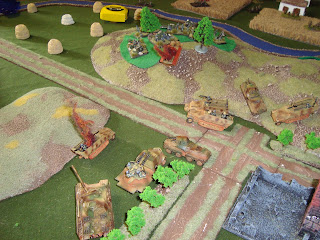 Yeah. These guys. What I failed to tell you was that the eyes and ears rolls of both 8rads failed to unmask these guys and despite a rediculous number of shots, I scored four lonely hits and couldn't risk an assault against these guys. They also were in assault range of the woods I had consolidated into... 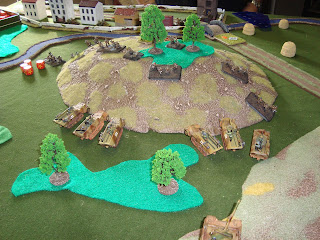 His breakout of the position left the Piat to bravely kill anything and everything, which he of course did rocking a halftrack and killing its passengers. You can see the rest of the pl booking it to the right and behind the hill. 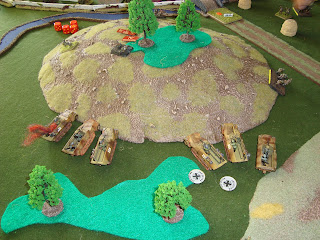 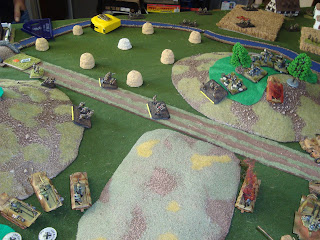 The best thing that came out of this was it allowed us to play another game! A treat for the two of us who haven't played in months. The second game was a late war throwdown with very similar lists. But we went heavier on the beer and lighter on the camera work so I'll end by saying you just had to be there...