I was thinking about list building the other day when people were running lists by me and I tried to think about what it was I look for in a list.

Flames of war is a game of objectives and while you can win games by breaking a company you need to be able to threaten and or take objectives in order to:

a)establish and force the enemy into kill zones and;
b)take objectives to avoid ties or as we all know the dreaded double loss.

Defensive forces can fight and win in Flames of War but they commonly require the enemy to do what you want them to, something I try and avoid as my main strategy and a little luck as they more often than not become a fight to break a company. What makes a force truly competitive or more accurately competent at victory is being able to force project on the table top. Now some take this to mean causing effects across the battlefield and to some extent it is but in terms of my thought here it also requires the ability to move and or stay somewhere. The easiest way to think about this distinction is aircraft, in FoW they can hit anywhere on the table, but can't at any point take and or hold that point.

So when I look at list building there are three things I look for or my triad: Ground takers, Anti tank assets and enablers. Numbers are important to a ground taking element for many reasons the most important being survivability. Ground takers are going to take casualties, from moving into position to taking a position they will be shot at and assaulted and lose teams. Larger platoons like American armoured rifle pls or strelkovy companies have the numbers to take casualties and also be able to assault and because the necessary damage to take positions. Managing the combat effectiveness of your ground takers is vital and will mean the difference between taking an objective and killing off your own pl! The one big advantage that Infantry has over tanks is commonly numbers allowing them to not only take more casualties but also giving them more assaulting teams to kill off the enemy when they get there.

Firepower is always a consideration and everyone wants to have more of it. Firepower is important in considering ground takers ability to fire themselves onto an objective and repulse assaults by fire either against infantry with the weight of fire namely from MG teams and LMGs and HMGs or against tank teams with bazookas, panzerfausts and the like. Making sure a pl has enough firepower to take an objective is often less important in that you can use other units firepower to get you onto an objective, but holding an objective takes firepower on the objective and for that you need to ensure that you bring everything you could possibly have want for, essentially bring the kitchen sink when you can.

Mobility is a huge concern for Ground takers, you have to get to the objective after all. This is where vehicles have a huge advantage over infantry but mechanized or motorized infantry can also use the advantages of vehicles to even the playing field. Extra movement can also be garnered from special rules like Stormtrooper and hussar and should also be considered when picking a unit or two to take ground.

Skill and morale are huge to ground takers, I usually take the best troops I can to take an objective as they will commonly not have the benefits of cover, bulletproof or not and will also be taking casualties and need to make morale checks both for losses and pinning. In my luftwaffe force my ground takers are always my FJ, if you're going to send someone to take the hill, send the biggest meanest kids you know.

In the end I often take Gerpanzerte Panzergrenadier pls and Panzer IVs in at least 4 tank pls as my ground takers. Both these units have good numbers (excellent in the pzgren) great firepower, mobility and ratings. They allow me to take ground and positions and can be supported by my other elements with ease. All armies have their versions and players find their favorites.

Anti tank is the next consideration I always love to make. Tanks are too dangerous to allow to run amok on the battlefield. AT assets are the next consideration I make, there isn't a ton to say about this other than make sure you take enough (totally an individual opinion based on the meta) and that those assets have the range and staying power to get the job done.

I find Marders, Pak 40s and one of my personal favorites the FlaK36 88 to be some of the best AT assets out there as well as other tanks ( I don't rock panthers but you could include those here). Tanks and marders do have the advantage of being able to more quickly move to a threat but don't underestimate the power and cost savings of the static guns.

Enablers are great to have, not always vital but always helpful. In my opinion they include well everything but the ground takers and the anti tank assets but to be more specific the main ones I look at are Recce, arty both for smoke and HE, AAA and HMGs.

Recce is the new black, in 3rd ed it is pretty much a requirement especially with a tank force. They can help make objectives easier to take and even threaten some with their extra movement.

Arty is great to soften a position and smoke it in the end to help ensure an assault makes it through. 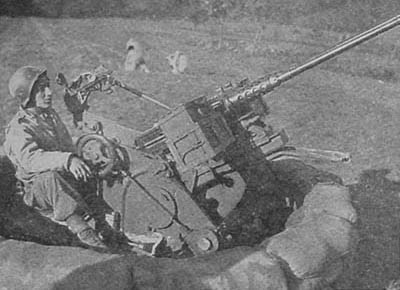 AAA is a force protection asset. Again, it is key to have your forces protected to help allow them onto an objective at full strength. AAA also has the benefit of having a high rate of fire which is key against infantry and light vehicles and 9 times out of 10 I find my AAA assets out preform most everything else and surprise my opponents that often leave them alone in favour of attacking other pls. 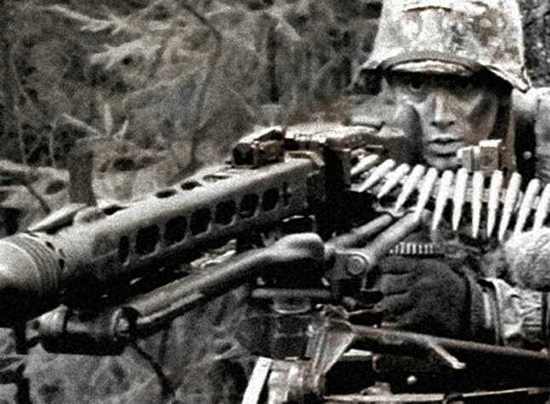 HMGs are a luxury, but what a luxury they are. People forget how often they are until they get to fire them, 4 models putting out 24 dice can really change a game. Remember that when picking a list, or when moving in front of their arcs.

So those are my basic thoughts on list building and the triad I use. It's the beginning of how I make a list and how I look at lists when presented with them for review.

But who's to say I know anything, this really could just be me rambling.