Greetings all, it's your friendly neighborhood Soviet commander.  With the completion of some hills and trees, the new board is now ready to use!  Time to break it in with a classic... Soviet vs German mid-war game!

It's designed around 1' x 1', 1' x 2' and 2' x 2' tiles to create a modular board system.  At this point, only roads and open ground are completed for the tiles.  The hills have magnets embedded in them to allow trees to be secured to them to create forests. 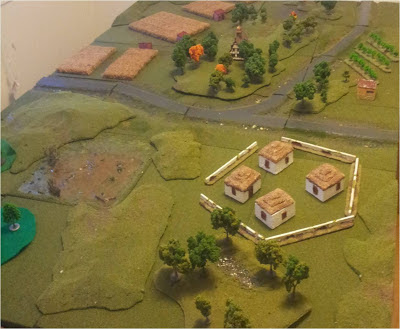 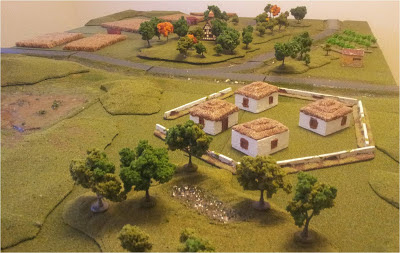 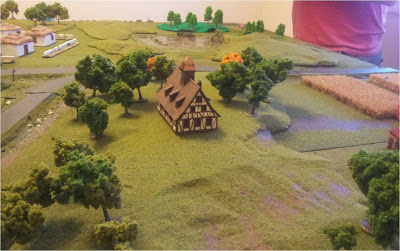 Turn Report
1.      Opening Moves...
a.      German Turn
i.     Half-tracks manoeuvre forward to bring effective fire onto the strelkovy company and cause casualties, in addition to removing truck transports for the Anti-Aircraft Platoon.  Rocket artillery causes additional casualties.
b.      Soviet Turn
i.     Strelkovy company advances forward and returns fire on the halftracks with anti-tank rifles, anti-tank guns and Dshk AA MG teams, causing casualties and withdrawing the half-tracks.  Rocket artillery fails to range in and IL-2s are waived off due to proximity of friendly troops.

2.      Onward Comrades!
a.      German Turn
i.     German infantry digs in on the objective and the Anti-Aircraft Quad 2cm Half-tracks reposition to provide fire on the objective.  Rocket artillery causes casualties on the strelkovy company.
b.      Soviet Turn
i.     Strelkovy company advances forward to prepare for an assault in the next turn.  Flamethrower teams are pushed forward and lanes are cleared for fire support from weapons teams.  Fire from the company is ineffective against the dug-in German infantry.  Rocket artillery fails to range in and the IL-2s are shot down by the German anti-aircraft assets.

3.      Reserves rush in!
a.      German Turn
i.     Reserves arrive!  Half-tracks rush on to secure the flank objective and fire on the 37mm anti-aircraft to eliminate them.  The half-tracks are brought back on to lend additional fire to the infantry and rocket artillery in stopping the strelkovy company and succeed in causing casualties.
b.      Soviet Turn
i.     Reserves arrive!  SU-85s roll on to completely outflank the german infantry and half-tracks on the objective.  The strelkovy company pushes forward to assault range, bringing the flamethrowers teams to the front.  Fire from the SU-85s and flamethrowers eliminate some half-tracks and infantry stands and pin the German infantry.  Anti-tank rifles and teams turn around to engage the flanking half-tracks and succeed in pinning two half-tracks.  Additional fire from the rocket artillery and IL-2 cause additional casualties but do not break the infantry.
ii.     The strelkovy company slams forward against the defensive fire and engages German infantry in close combat!  One team is brought down and the Germans elect to break off.

Summary and Lessons Learned
1.      The Board.  Great looking and great playing!  The scale is bang on.  With the detail of the terrain, you've really got to take a look at the terrain and think about your movement and positioning of your units.
2.      Ground cannot be held by fire alone.  Depending on the 37mm Anti-Aircraft guns and a few Anti-tank Rifles to hold an objective by fire is never going to work... I knew this but I gambled on it.
3.      Army selection.  A lesson I've been (slowly) hoisting aboard is that a balanced army list can bite you in the ass.  With a Soviet strelkovy company you're frequently on the defensive, don't have all of your units and it takes them a bit of time to march everywhere... so take a couple of large and powerful units to start the game.  That way you're getting the majority of your points on the board and can use that to overwhelm your enemy.  For this game, a simple change would have been to drop one strelkovy company to one platoon and boost the other strelkovy company up to three, which would have allowed it the ability to leave a small defensive force on the flank objective.
4.      Il-2 Shturmoviks.  I love them and everbody else hates them... but that doesn't necessarily mean they're the right tool for the job.  They're devastating in late-war, and are one of the few solutions for super-heavy tanks (King Tigers) and mobs of heavy tanks, as you can't shoot it out with German heavy tanks as a Soviet player.  Simply having it forces the tank force to spread out and stick near cover.  However, mid-war has a lower point limit than late-war, is lighter on tanks and the heavy tanks are far more expensive, so there isn't as strong a requirement for a flying heavy tank-buster.  200 points can go a long way in Soviet infantry, gun teams or tanks and are more concrete resources to take and hold ground.
5.      Use a real camera...

Until next time comrades... Za Stalina! 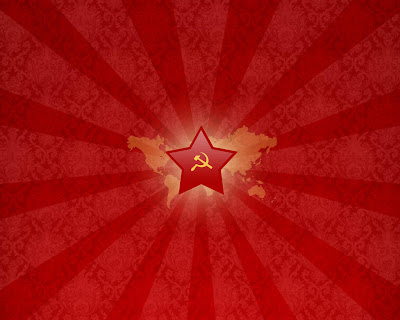