Our third round of games playing with desperate measures.

We're really liking the changes in how the forces play and match up. After a stint at the mess we decided to have a bit of a shoot up.

I wasn't really in the mind set to run a new list so I was running what I had before.

Duncan had changed things up a bit and is still trying to find his optimal DM Soviet list. 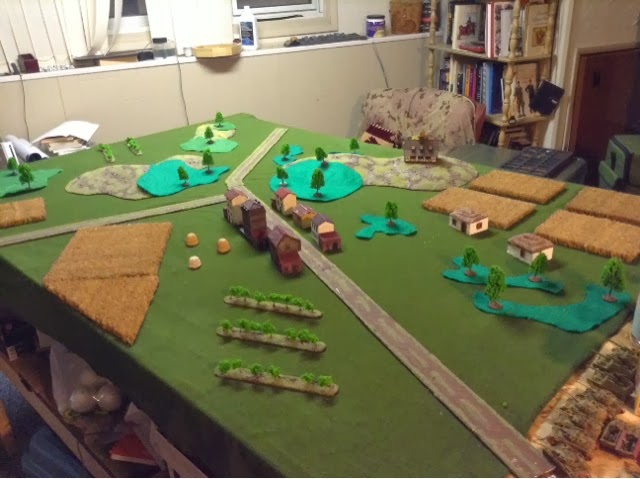 We rolled up Encounter. We hadn't played this one in a while and were actually thrilled to get to play it up. Having delayed and scattered reserves in a strait up fight makes for a quick fun game.

We each had a central objective and then flanked each on the opposite side, this ensured we'd use the whole battlefield, instead of cutting it down to a 4x4 table. The clock timer was set to 1:15 a person and away we went. 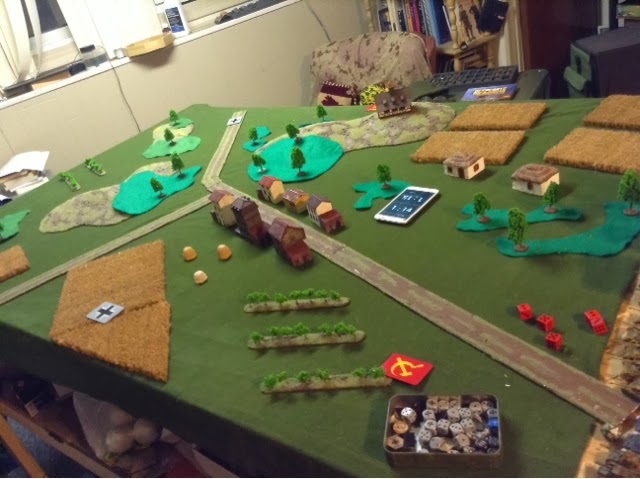 Duncan won the roll to attack and picked his side. He went with his 2 platoons of Infantry and set up his ISU-122s behind the hill in a reverse slope position.

I had placed my Panzerwerfers centrally first. It was predictable and flexible. Kinda a moot point. I placed my PzIVs next, I put them out in the open, though obscured by the buildings and terrain at range, I wanted to make them the bait that I hoped the 122s would go after. He had placed his 122s last behind the hill opposite them and I then placed the Panthers behind them ready to move and counter punch against them. 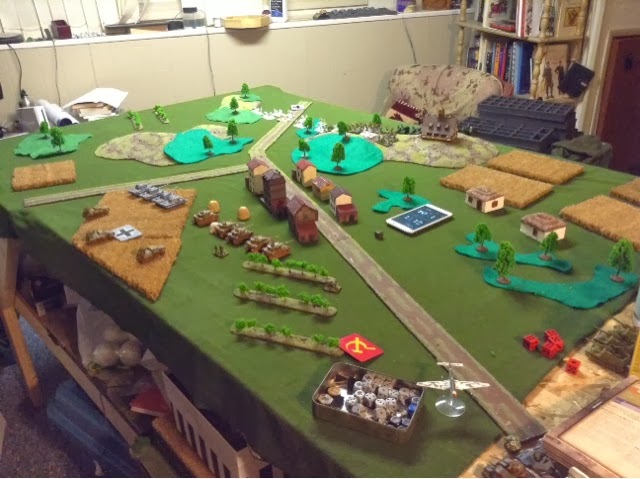 Duncan won the roll to go first having rolled a two to my one on both the attacking and first turn roll.
As he turned to look at the table I then said "Oh here comes the predictable moves, dig in, dig in, move to shoot."
His response, "Really?" Actual quote. 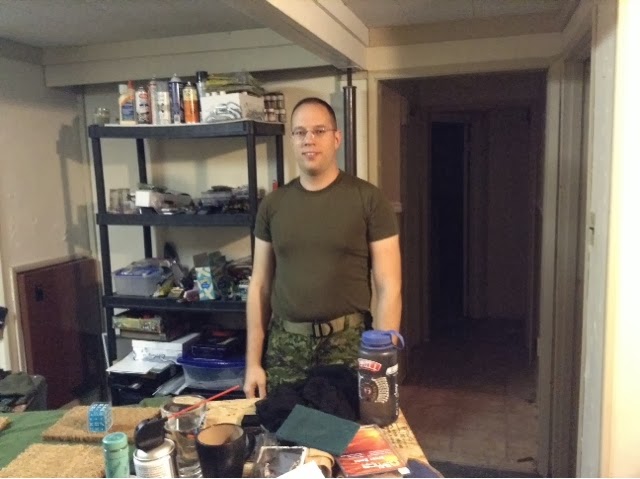 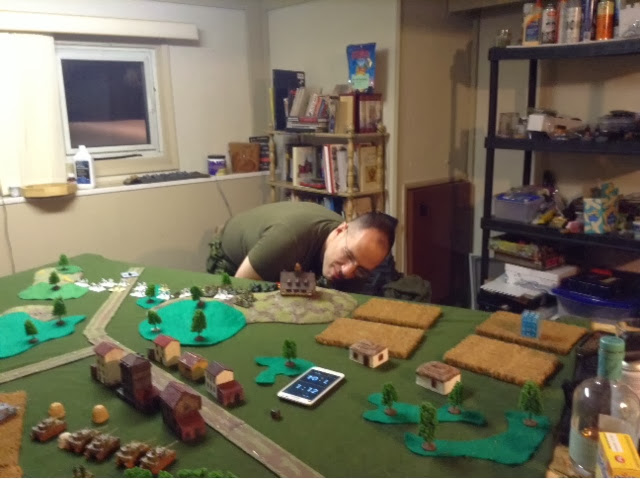 At that Duncan rolled for both platoons to dig in, with the central platoon failing. His 122s swung around the hill and in a hull down position fired on the PzIVs, shots hit the building the field, the road, but not the tanks. 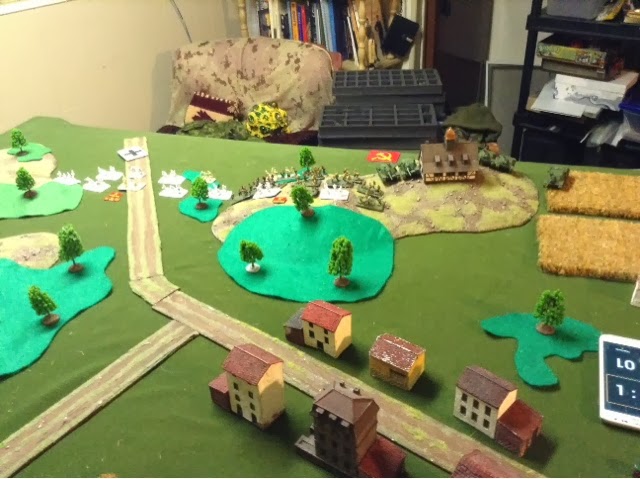 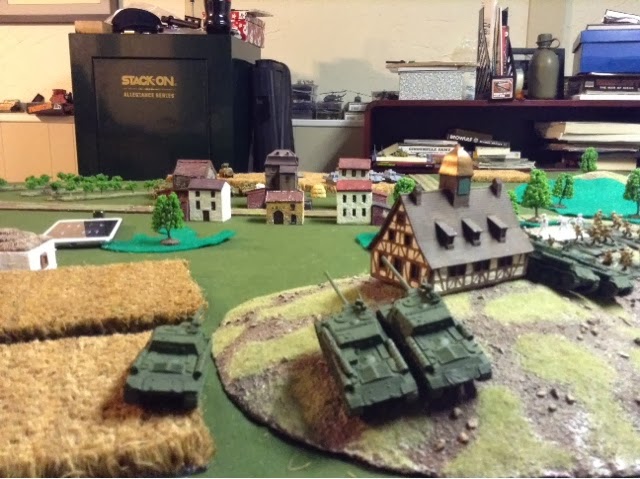 In my turn the PzIVs rolled to the left and the Panthers took up firing positions while Rudel swooped in from above.

The results saw two down (Thanks Rudel) two bailed, as I can't ever make a firepower roll and a single tank remaining. The Pl Comd went down in the attack but they made their morale with ease. 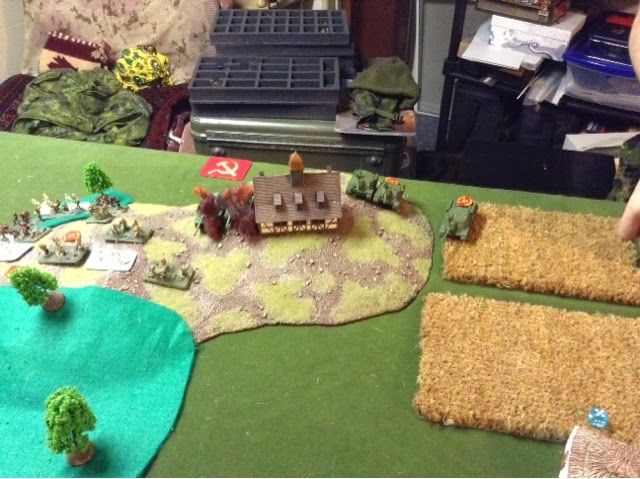 I stormtroopered away and got ready for the next turn.

Duncan remounted one of the 122s, the second platoon dug in and with that the firing began. The distance the cover made the 122s firing ineffective as the OC and the 2IC came to try and issue new orders, he was just out of reach this turn. 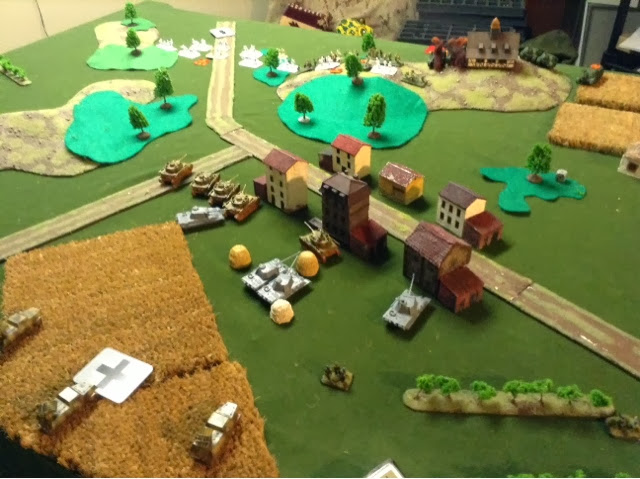 In my turn, the Panthers and Rudel finished off the 122s while the PzIVs continued to position against the Infantry. Panzerwerfers kept raining down and were slowly doing some real damage. Almost halving their strength, with the help of the PzIVs. 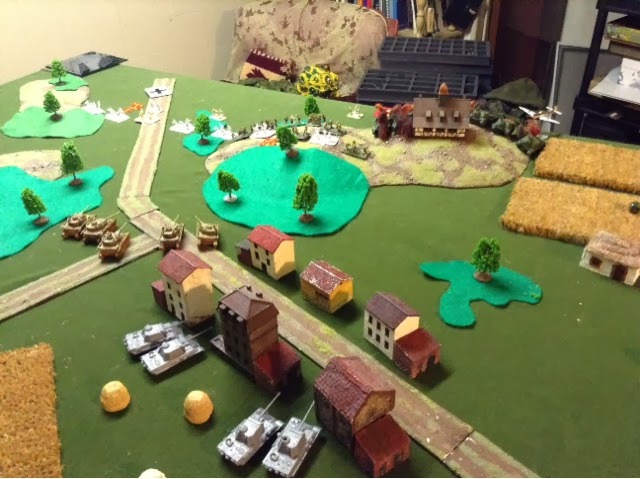 In Duncan's turn, the T-34s showed up. And not being in a location to his liking they booked it double time behind the hill. Not much in the way of shooting it went to me.

In my turn the PzIVs pulled back, a little gunshy of the mob of tanks. Rudel swooped in and dropped a couple. PzWerfers continued to rain down on the Inf but to no effect. 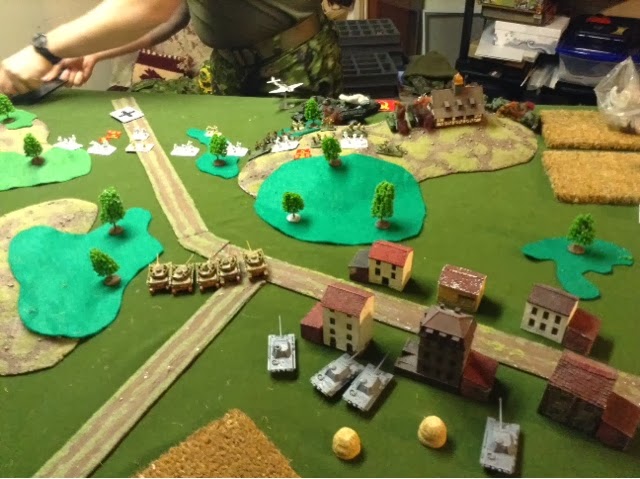 Duncan turn saw his reserves show up. The Zis-2s showed up with shots on the PzIVs, bailing one, while the T-34s doubled again to an attack position behind the hill.

In my turn I got Rudel again, he was really feeling showing up in this game. Panzerwerfers and the PzIVs eradicated the ZIS-2s and a couple PzIVs and Rudel did in all but one T-34. 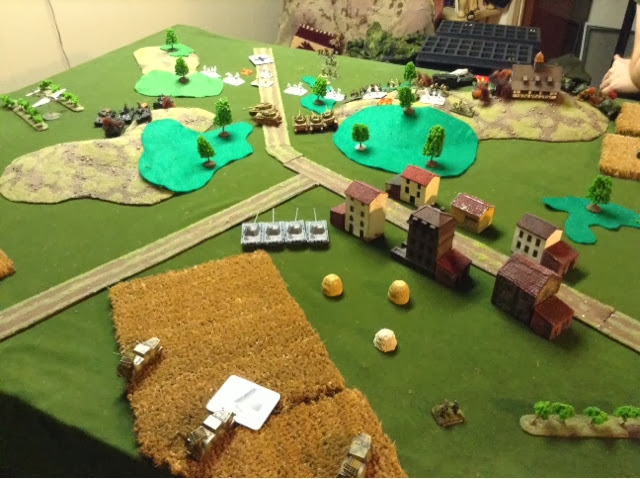 At this point Ducan called it. Not seeing enough combat power to take out my armour we decided to avoid seeing how long it would take to push the infantry off the objective. 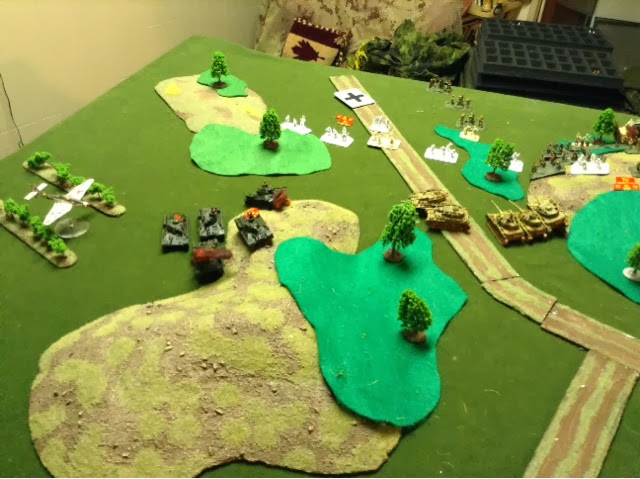 Our hot wash looked at army list cohesion and the use of forces. One thing we focused on was using Infantry offensively to help shape the enemy.

Can't wait until the next one.