The trouble of tournaments.

And so yet again its tournament time! 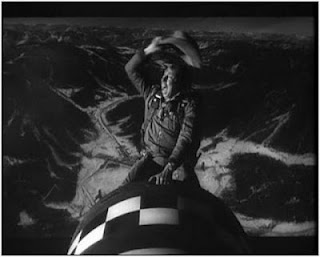 I love tournaments and though I don't play in many (mostly due to my living in the prairies and the lack thereof) I really enjoy them as part of the social aspect of the hobby.  And for me that's probably the biggest part of the hobby, the social aspect, where people get together to share their creative, competitive, tactical, and psychological skills, while having a blast, drinking far to much coke and regaling each other with the stories of the games that got away and the dauntless adventures we've had on table.

I think tournaments are good for our hobby, and if done correctly not only bring together our community but also encourage and develop our skills with brushes and with tactics. And yet tournaments seem to be one of the most divisive things in our hobby and mostly down the line of so called soft scores, sportsmanship, painting, history etc. And while I'm sure we could classify hundreds of subtypes of tournament opinions here I've decided to go binary and break it down into the two groups I think most would identify with in one way or another, the pure win and the all around.

So what are these two types? Here is my take on the two. The pure win type sees any finding game as that, a game to be one or lost, no more no less and wants only pure hard fact of the win loss record to decide the outcome. If this were say snowboarding half pipe, they want to know who got down the hill fastest, flips are secondary.  They want to know who kicks the most ass, and if anything in our hobby can be considered macho I believe this side of the house has it.

The all around group looks at tournaments differently, they see tournaments as an expression of the hobby and want to include all aspects therein.  Why would I spend my time meticulously painting little men if it is not of concern? Why not just play with cardboard counters? Sportsmanship again comes to the front as people are interested in finding those people they would like to play again and again to continue enjoying the hobby with.

I often find at any tournament I go to that a discussion of how tournaments should be run breaks out and these two corners of the argument come out in droves and espouse their views in sometimes heated tones. Now while I'm sure an editorial view should just go over these ideas and give all the information, I'm not that guy and I believe that having an opinion on things is good and important so I guess I have to pick a side. For me the all around aspect of this hobby is too important to leave out of tournaments. If we had no interest in any of these other aspects wouldn't we just all be playing chess? That way every move would be exact and we could perfectly judge in a non biased way who was king of the pile? But we made a clear decision a long time ago to sling paint, convert, research(for those playing fantasy don't tell me you didn't read a whole lot of fluff or came up with some concept of how your force came together or who leads it) and more possibly more importantly how well we play with others.  The later I put in there because this is a social hobby, there is no way around that. We could be playing starcraft or something else that is all alone in our basements, but we choose to play a game(or games) that force us to come into contact with others as the game simply can't be done alone.

Now time and time again I hear from the pure win types that scores like painting and sportsmanship and the like shouldn't be for who wins the tournament, but simply just have an award on their own. Why? I think the best tournament I ever went to had overall above best general, best army, best painted, best sportsman and the like.  And this put forward again the importance of the complete hobbyist, the one who puts in effort to all aspects.  The second cry I hear is "well I can't win best painted so it's unfair in that some people are better painters then others and I don't have a chance to win". TOTALLY VALID! Yes you will not win. My rebuttal question, "did we cancel the Olympics because you have no hope in hell of winning the 100m sprint? And the possibly better turn around is what about the painters out there who are absolutely amazing at what they do, but can't fight their way out of a wet paper bag? They still come out and play (the pure win types are typically the most happy when playing them as the pictures of them thrashing an army then look nicer).   Just as people can work on their strategy they can work on their painting.

So I've put down my line in the sand and I'm sure this has been a long and tedious read for many but before I end I just want to put down why I think tournaments are so good for us.

1) They bring us together in large groups where we can meet and interact on levels not normally had. This not only can inspire new people to get into the hobby but also for people in it to try new things and go off in new directions when inspired by others.

2) They help us get our sh*t done! Gamers are almost by nature procrastinators and the tournaments help us with putting in firm deadlines and inspiring us to up ante on our previous works, or hilariously so up the ante's of the works of those around us. Assembly, conversion, painting and the like might not ever get done for some people if it weren't for tournaments.

3) Tournaments are fun and they give us an excuse to play a bunch of the games we love and offer us a great justification to wives, girlfriends, husbands, boyfriends and just about anyone else to go play for a day.

So with all that said, I'm pumped to go out and roll some dice against a bunch of people I barely know (I'm traveling about 400km for this tournament so it'll be no surprise I don't know many people there.

So what do you think about tournaments and their structure? Are you a Pure win type that thinks I'm out to lunch? Post in the comments what you think about it all, because we know you have an opinion on this.